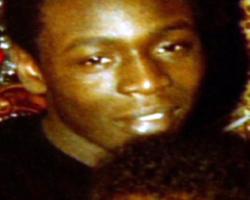 The death of Rashan Charles, and its aftermath, has tragic echoes of the case of Colin Roach. The 21-year-old was shot inside Stoke Newington police station 35 years ago, with the community convinced cops had a hand. Poet Benjamin Zephaniah was at the first protest after his death, he tells the Gazette.

Events surrounding the death of Colin Roach 35 years ago remain a mystery to this day.

He died inside the foyer of Stoke Newington police station on January 12, 1983, from a single gunshot wound through the mouth.

END_OF_DOCUMENT_TOKEN_TO_BE_REPLACED

You will never truly learn from just skimming the subject matter. You need to dig much much deeper!

“Learning and development requires clear, concise and deep thought. An analytical mind able to process information objectively and with wisdom and clarity.

You will never learn if you remain solely within the circles of only those that you agree with. This limits the scope of knowledge gained (the very basis of learning) and the ability of understanding things from the standpoint of others.” END_OF_DOCUMENT_TOKEN_TO_BE_REPLACED 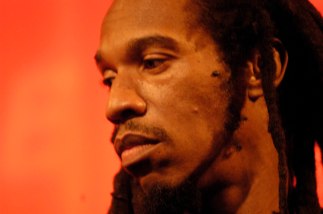 Benjamin Zephaniah’s 1998 poem Carnival Days is a lyrical love letter to the Notting Hill carnival, where “We dance like true survivors / We dance to the sounds of our dreams.” Or, more accurately, it’s a love letter to what the carnival once was. He still supports the event, which takes place in London this weekend, and plans to be there on Monday, but reckons it has become less innocent, less spontaneous in the two decades since he wrote his poem. These days, even dreams have to be policed – and ideally sponsored.

“It’s become more corporate and – to some people this might sound positive – more organised,” he says. “Stalls have to pay a fee; sponsors get involved. People used to take to the streets and do it for themselves. They’d say: ‘I’ll sell some food on this corner; you sell some food on that corner.’ It was organised anarchy. There was no big committee. There was a group of people and that was it. Now, it’s all about liaising with the police, which for me takes away the spirit of us really taking to the streets.” END_OF_DOCUMENT_TOKEN_TO_BE_REPLACED