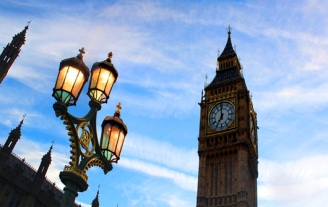 Almost 20 years ago, as a performance poet using traditional Caribbean pros, I wrote, performed and recorded one of my trademark poems, De Governors Greed. Friends and family told me then that the poem would remain poignantly relevant for years to come.

I have speckled this article with phrases from the poem.

With the recent car crash of the United Kingdom’s Brexit from the European Union (EU) this poem has once again come alive for me, particularly since some of the aftershocks of Brexit are now being heard and felt all over the country and even beyond it.

The keynote ‘rant’ of the piece was “The governor can’t fool me” evoking a principled approach I have adopted throughout all of my adult life, that I would never allow myself to become a mental puppet of the so-called established state whatever form it took.

Whichever way you may have voted (in, out or abstain), the outcome will have a profound effect on every person in the country and have ramifications for many other people whether British-born, migrants, refugees and more. My intention in this piece is not to explore these effects in detail as there will be plenty of that about in the media and social networks, but rather to demonstrate my view of how many so-called intelligent voters were hoodwinked into believing they were exercising ‘free will’.

The brother on the street is, not to blame
The sister on the corner, she has a name,
Your bank balance won’t save your skin
So, check the world that your living in

In the days after the decision by a majority of the British people to leave the EU it had been reported that ‘What is the EU’ was the most searched for phrase on Google and other Internet search engines. Hmmmm! shouldn’t that have been the case prior to the vote?

The decision to leave the EU has thrown both major political parties, Labour and the Conservatives, to divide and fracture as they position themselves for a highly likely earlier-than-planned general election. So much for the memory of Jo Cox and the empty rhetoric of cooperation and need for unity mouthed by many cross-party MPs following her tragic killing.  Business as usual then?

Attacks and abuse on people of colour, migrant workers, mosques, gay and other marginalised communities have intensified throughout major UK cities since the vote to leave was announced. In a most horrific act in the West Midlands, a bottle filled with flammable liquid was lit and thrown into a Halal butchers shop in Walsall. Given the use of immigration throughout the Referendum campaign this sadly comes as no surprise!

We were fed inaccuracies, propaganda and inflammatory statements and images during the vicious EU campaigning. For many, rather than to rely on their own research, they trusted the suits, they trusted those with the trappings and mirage of trustworthiness….  It’s a really lazy thing to do.

As a result we know that many people voted with the gut, and not just any gut, but one that was fed a hearty diet by those in positions of influence on both sides of the debate.

Them created crime and, deprivation
To obtain what them need,
Them created fear and, separation
To satisfy de governors greed

A few other things… The pound has taken a battering, shares in UK / EU trading block franchises and other businesses have taken a pummelling, questions still arise about funding of the NHS, uncertainty has arisen about deals to be struck in the EU Single Market not to mention how long it will take and the regulations and costs that will still be applied; and last but not least the massive row emerging that is threatening to set Scotland apart from the rest of the UK with yet another Scottish Independence Referendum.

Phew!! I thought ‘they’ said “better out than in” and “take back control”. Big crowd rousing bold statements yes, but built on a LIE.

Politicians have callously traded on the things that divide rather than the many more that can unite. They have ignited fear by massaging facts and / or ignoring the contributions that they themselves actually made to societal problems in the first place. They are the ones in ‘power’ and making strategic decisions – voted in through a ‘democratic’ process.

“De governor may govern you
But him nar govern me,

“De governor may govern brains
My mind is free,

“De governor makes you work hard
At home and abroad,

We, the ordinary people have a responsibility which we should not shy away from. Yes, the state is huge and powerful; yes, there seems a mass of wickedness and corruption in the world, but does that mean you check out?!

The troubles in the world are significantly spread and perpetuated by our lack of action…  “To remain silent and indifferent is the greatest sin of all.” ? Elie Wiesel

Armchair activism has little impact and is meaningless to me. One cannot claim to be informed and enlightened about the troubles we face as a race, and then think it is enough to just have empathy.

Instability and poverty will undoubtedly, (and to some degree in some shape or form or the other), impact on us all whether rich, poor, educated or not.

Every city have the same contradiction
Wealth and power next to starvation,
Living with your neighbour becomes a contest
You lack the means to obtain the best

The state mek a plan only them benefit
You search for your dream on the job market,
If you don’t find your dream
You live a nightmare
Then you’re out on the street, the laws out there

I will forever refuse to consign my social consciousness and ability to influence change to the confines of intellectual argument alone, or to the safety of my comfy armchair, Facebook likes, Twitter shares, daffodil badge, lapel ribbons and the like. It’s just not enough and should never be seen as enough!!

Some of the truly momentous acts of human rights throughout history have been achieved when we sacrifice and endeavour as a collective, when we say that everyone has a right to life and justice and act on it. It rings true to me now even more than ever.

I chant, I shout, I, demonstrate
The laws of the state I come to violate,
Me give and receive, keep the balance in check
Put the third world first and I don’t done yet

Some call it wealth, some call it credit
Some, Take it for joke, I don’t get it,
Step forward no bother hide
Choose your weapon and, pick your side

Finally the words of one of my great heroes: